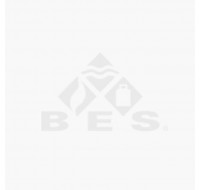 Many houses use a traditional gravity system where there is a water tank in the loft for the hot water cylinder usually located on the landing. This system was very common before the combi boiler came along about 30 years ago. To make matters even simpler the heating companies devised a 3 port valve to allow the use to set heating, hot water or heat and hot water programmes on the mechanical timer.

The wiring of these 3 port valves is quite straight forward but with there being so many combi boilers in existence now the skills and knowledge have faded away as older heating engineers have retired. These wiring systems were called Y plan systems because the “Y” looks like the way the hot water flows.

If you have problems with your heating or hot water is worth knowing what is supposed to be going on so you can give a heating engineer a reasonable explanation of what’s happening.

The first thing to know is that that the valve is set to be open to the hot water cylinder when its off. This means that when ever the boiler is running the cylinder will be heating unless it has reached its temperature. The controller can be set to heating off which powers the 3 port valve to close the route open to the cylinder.

When the three port is valve is used on an unvented cylinder, as this a closed, pressurised system, there is a secondary safety device which is a zone valve fitted after the 3 port valve and before the cylinder. This is a normally open valve like the 3 port valve but accepts a “heat satisfied” signal from the cylinder stat which then closes the valve to make sure it doesn’t overheat, this is a G3 Building regulation.

Once this principle is understood it’s relatively easy to fault find what’s going on with the system and will lead the engineer to either the cylinder stat, controller or 3 port valve.